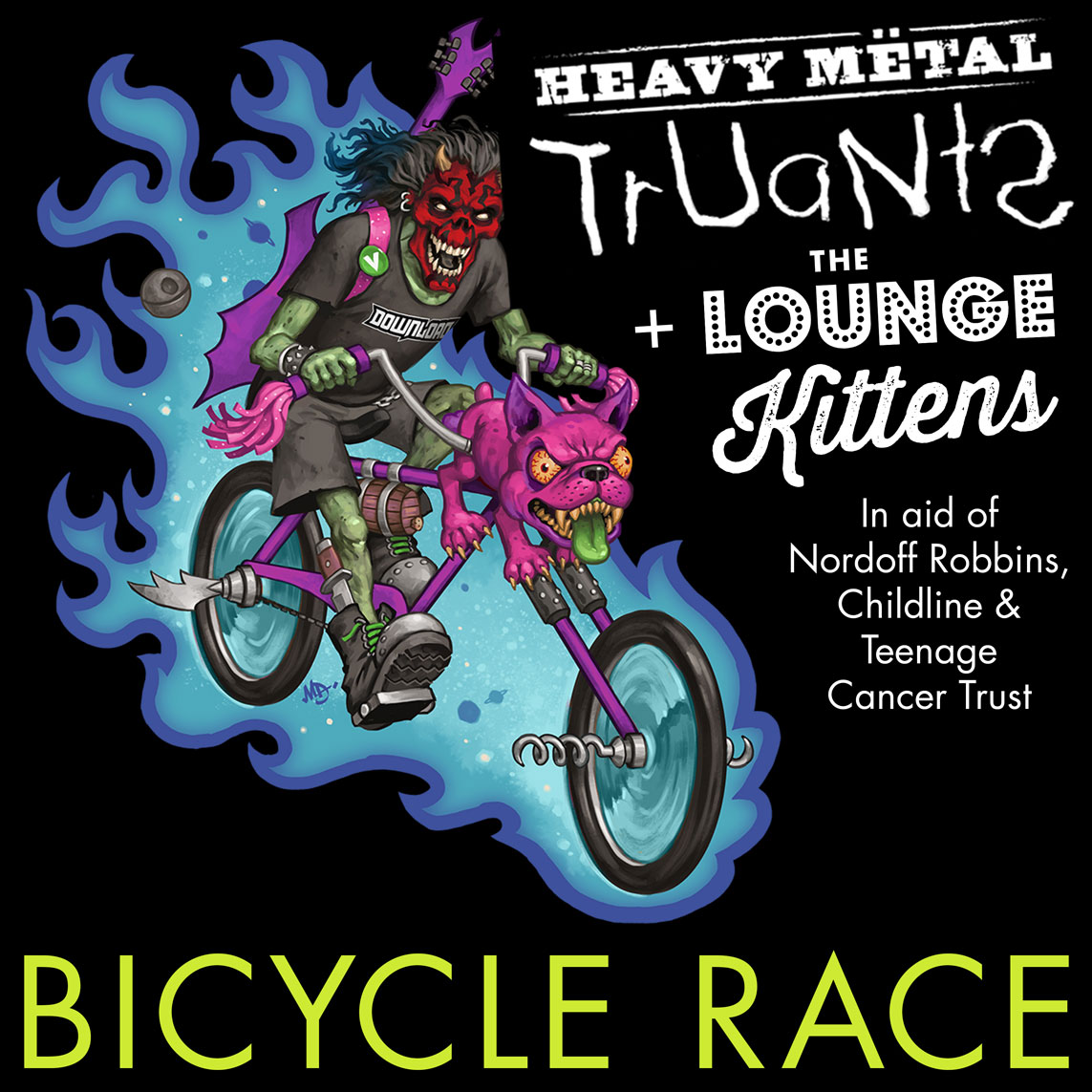 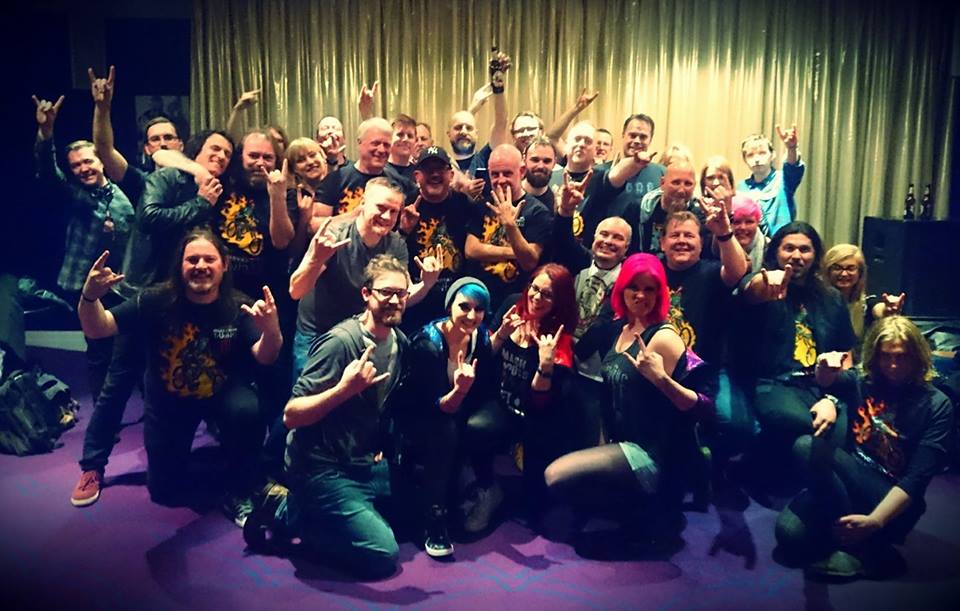 Recorded & mixed by Olli Daffarn, Blue Dot Studios, all proceeds from the sale of this, our first ever charity single will go to benefit the incredible charities we support. Get your copy now

A truly stunning addition to any true collector’s home, this bass guitar is a Fender Signature Model Geddy Lee Jazz Bass guitar (Serial #: MX17829710), and is autographed but none other than iconic Rush musicians Geddy Lee and Alex Lifeson of Rush.
This guitar is a custom design which was produced exclusively for the 40th anniversary celebration of Rush’s seminal 1976 magnum opus, 2112. The item is one of a total of 40 that were manufactured by Fender, exclusively for Rush, and features a custom-engraved 2112 pickguard and guitar case.
A certificate of authenticity will be included.

A unique and poignant item, this framed presentation of the 22nd and final Motörhead album, Black Magic, was presented to longtime friend and business associate of the band Barry Drinkwater of Global Merch by the band’s management at the late, great Lemmy Kilmister’s favourite home away from home – the Rainbow Bar & Grill on Sunset Boulevard in Los Angeles, California.
The gold-framed CD, signed by Phil Campbell, Mikkey D, and Lemmy Kilmister is a unique artifact and a sacred relic directly linked to one of the most iconic figures of the 20th and 21st century.

Generously donated by John Jackson of the K2 Agency and longtime agent for Metallica and Iron Maiden among many others, this beautiful, mint-condition collectable Les Paul Guitar was signed by all current members of Metallica: Lars Ulrich, Kirk Hammett, Robert Trujillo, and James Hetfield.
A unique and beautiful piece, this stunning piece of rock and metal memorabilia isn’t just connected to one of the greatest and most influential recording artists of all time, but to one of the industry’s prime movers, making this completely one-of-a-kind.
This item will include a note of authenticity.

A rare item, this poster was signed the day before their show in Santa Clara on June 27th, 2015 as part of a series of 50th anniversary concert celebrations of the San Francisco icons by surviving members of the band. These shows were the first time the musicians had reunited since 2009, and the shows sold out instantly.
The beautiful piece is signed by the existing members of the Grateful Dead who were there: Bob Weir, Phil Lesh, Bill Kreutzmann, Mikkey Hart, and other musicians on the day Bruce Hornsby, Trey Anastasio, and Jeff Chimenti. This item will include a note of authenticity.

LIVIN’ ON A PRAYER LYRICS HANDWRITTEN BY JON BON JOVI

Unique, sensational, rare, and breathtaking doesn’t begin to cover the unique qualities of these lyrics sheets, personally handwritten by Bon Jovi founder Jon Bon Jovi. Written by Jon Bon Jovi, Richie Sambora, and Desmond Child, the song – released on October 31st, 1986 – sold 800,000 copies of the original 45RPM single and was certified triple platinum in 2013. Thinking of bidding on an item that’s sure to be the centrepiece of any rock aficionado’s collection? Go on, you’re already halfway there.
A certificate of authenticity will be included.

This site uses cookies. By continuing to browse the site, you are agreeing to our use of cookies.

We may request cookies to be set on your device. We use cookies to let us know when you visit our websites, how you interact with us, to enrich your user experience, and to customize your relationship with our website.

Click on the different category headings to find out more. You can also change some of your preferences. Note that blocking some types of cookies may impact your experience on our websites and the services we are able to offer.

These cookies are strictly necessary to provide you with services available through our website and to use some of its features.

Because these cookies are strictly necessary to deliver the website, you cannot refuse them without impacting how our site functions. You can block or delete them by changing your browser settings and force blocking all cookies on this website.

We also use different external services like Google Webfonts, Google Maps and external Video providers. Since these providers may collect personal data like your IP address we allow you to block them here. Please be aware that this might heavily reduce the functionality and appearance of our site. Changes will take effect once you reload the page.