It’s been a banner year for The Truants, the charity cycling organisation founded by Iron Maiden manager Rod Smallwood, who this year took 41 Riders to the back-roads of Kerala in India for an epic, three-day adventure in over 30 degrees heat and near 100% humidity to raise funds equally for Nordoff Robbins Music Therapy, Teenage Cancer Trust and ChildLine. Having already raised over £560,000 so far on this ride they expect to have passed their target of a record £600,000 when fundraising finishes after Christmas. Literally every penny donated goes direct to the Charities because all costs for the rides or anything else related are paid personally by the Truants. The 41 in India included a number of UK music business notables (see photo and list)

The first Truant Charity Ride was in Egypt in 2010, others followed in Cuba, Morocco, Cambodia, Mexico and now India which will bring the total funds raised to date to very close to the £3 million mark. This includes funds raised by an annual Truants Charity Golf Day and the Heavy Metal Truants and combined donations to the charities this year alone will exceed £750,000.

This year marked the fifth anniversary of the Heavy Metal Truants who ride annually from London to Download Festival and were co-founded by Smallwood and Twin V Ltd. director Alexander Milas in 2012 to raise more funds for the three charities between Truants Rides. The heavy metal star-studded ride, which is open to the public and also features an annual memorabilia auction, the Monster Rock Auction, raised a record £131,500 this year for the same three charities, bringing the HMT five year total to an impressive £469,500. 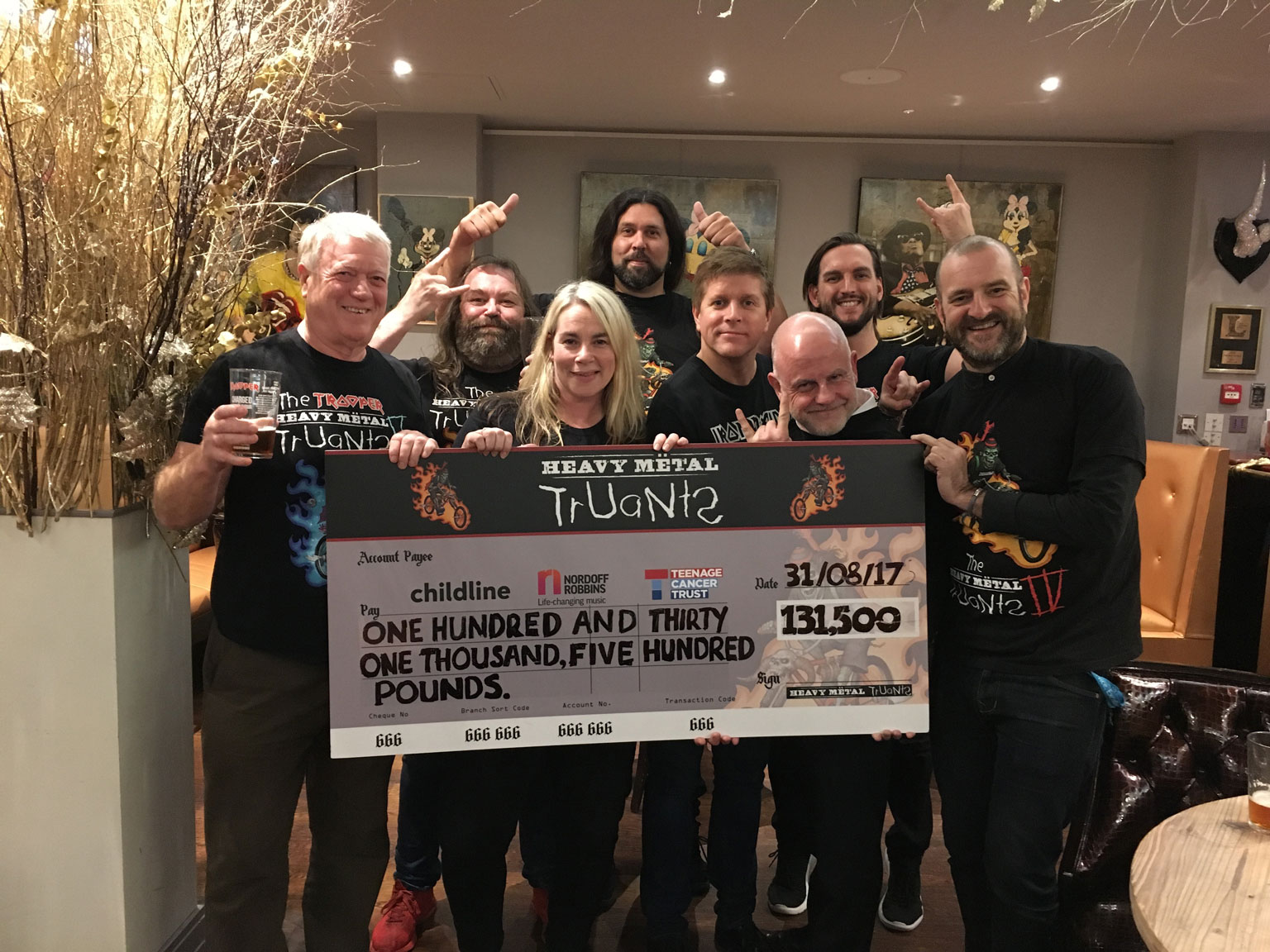 “The Truants are about a large group of friends suffering on hot and bumpy foreign roads and trying to raise as much money as they can for kids who need help in one way or another,” says Smallwood. “In the current difficult financial times these amazing three charities are under ever-greater pressure, so every penny really does make a difference. Thanks to everyone who supported us this year by giving generously . We do hope you will continue to do so as the Truants will certainly ride again in 2019!”

“The Truants and the Heavy Metal Truants are only getting stronger,” adds Milas. “The sight of 50 cyclists from every walk of life crossing the finish-line at Download Festival was a sight to behold, and we’re already deep in planning for next year’s ride – it’s open to everyone, so if you’re thinking of getting involved keep your eyes on www.heavymetaltruants.com. We’ll be back!”

If you would like to know more about the Truants and their activities (or perhaps make a donation!) go to www.thetruantsuk.com

This site uses cookies. By continuing to browse the site, you are agreeing to our use of cookies.

We may request cookies to be set on your device. We use cookies to let us know when you visit our websites, how you interact with us, to enrich your user experience, and to customize your relationship with our website.

Click on the different category headings to find out more. You can also change some of your preferences. Note that blocking some types of cookies may impact your experience on our websites and the services we are able to offer.

These cookies are strictly necessary to provide you with services available through our website and to use some of its features.

Because these cookies are strictly necessary to deliver the website, you cannot refuse them without impacting how our site functions. You can block or delete them by changing your browser settings and force blocking all cookies on this website.

We also use different external services like Google Webfonts, Google Maps and external Video providers. Since these providers may collect personal data like your IP address we allow you to block them here. Please be aware that this might heavily reduce the functionality and appearance of our site. Changes will take effect once you reload the page.